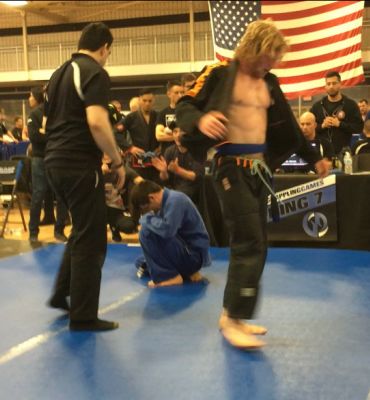 Grant Martsolf began his competitive wrestling career in 2008 when he was in 7th grade. Even though he started at an older age than most, he went on to wrestle at Mishawaka High School for four years. During that time, he competed at both a statewide level and at a national level, the later start into wrestling did not hinder his success due to his natural talent and work ethic.

During his time at Mishawaka High School, Grant went on to win a team 1st place, and a 3rd place, at the State Championship, as well as placing 2nd (as an individual). Grant was also team captain in his junior and senior years. Grant also became a multiple time AAU "All-American" at several different national level tournaments and was part of the Indiana National Team. After High School, Grant was signed by Indiana University, a Big10 and Division 1 school.

After his time wrestling for Indiana University, Grant went on to coach wrestling full-time. Grant has assisted multiple High School programs with great success. Northridge High School being the most recent program, where he has been coaching since the fall of 2018.

Thank you for checking out our website! I am sure we can help answer any questions you may have and help you start your Jiu-Jitsu Journey!

Thank you for taking an interest in joining our school!