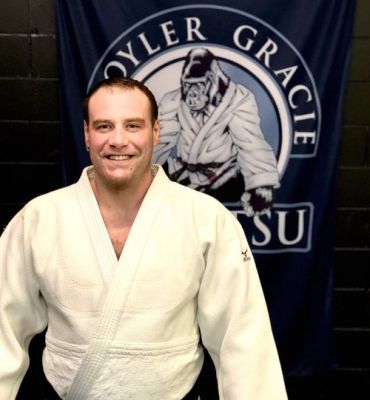 Nathan DeCamp is a lifelong martial artist, who started training in Tae Kwon Do at age 11. He went on to train in boxing and wrestling in high school. In 2005 Nathan took his first Judo class and instantly fell in love with the art. Later that same year Nate competed in his first Brazilian Jiu-Jitsu tournament. Despite mixed results in that first tournament, Nate really enjoyed the challenge of competition and continued to compete for the next twelve years, winning multiple championships in both Judo and Brazilian Jiu-Jitsu.

In 2009 Nate was honored to become an instructor in the children's Judo program at Southside Dojo, where he would continue to mentor and teach for 6 years. He discovered a love for teaching martial arts, and under the watchful eyes of experienced instructors, began honing his skills as a coach. In 2011 Nathan received his Black Belt in Judo from the United States Judo Association.

It was not until 2010 that Nate finally began formally training in Brazilain Jiu Jitsu. Three years later, as a blue belt, Nate was introduced to Kroyler Gracie, and shortly after, began training under his banner. Nate has flourished, under Kroyler’s personalized instruction, earning his purple and brown belts from Kroyler.

In 2016 Nathan began teaching Kroyler Gracie Brazilian Jiu Jitsu at Snyder Dojo in Kalamazoo Michigan. Over the years the program has flourished producing confident students, skilled competitors, and an environment that facilitates learning and rank advancement. As an instructor Nathan strives to help his students meet their goals, while providing solid, fundamental teaching.

Nathan has been the Head of the Judo Program at Kroyler Gracie Jiu-Jitsu since 2015.